In the final phase of the war, approximately 5,500 nurses served in the wartime Defence Forces. The majority of them had been ordered to transfer to the Defence Forces for medical duty. The Finnish Red Cross’s Nurse Committee, which operated on a voluntary basis prior to the war, kept a card index of the nurses in Finland.

The Finnish Red Cross kept a card index of the nurses

The Finnish Red Cross had a Nurse Committee that was operated by volunteers. It maintained a card index of the nurses in Finland and prepared their assignment to wartime duties. These operations were carried out in cooperation with the Defence Forces.

During the additional refresher training in October 1939, the committee established an office in the Central Office of the Red Cross. The office assigned nurses to duties proposed by the Defence Forces. At first, compliance with the order was voluntary.

The Act on Universal Labour Conscription in Wartime, which came into effect in October, determined the National Board of Health to be the authority that prepared and assigned the wartime duties of doctors, dentists and nurses. In practice, the Nurse Office was still in charge of the placement of nurses in cooperation with the Medical Department of the General Headquarters.

For nurses with families, an order to transfer to a war hospital in another municipality presented a problem. The men had usually been called to service. Some families solved the problem by leaving their children in their grandparents’ care.

The Central Office of the Red Cross, which included the Nurse Office, relocated to Vaasa in December, after the outbreak of the Winter War. The operations became more difficult because of poor communications channels and other reasons. The Central Office and Nurse Office returned to Helsinki in January. 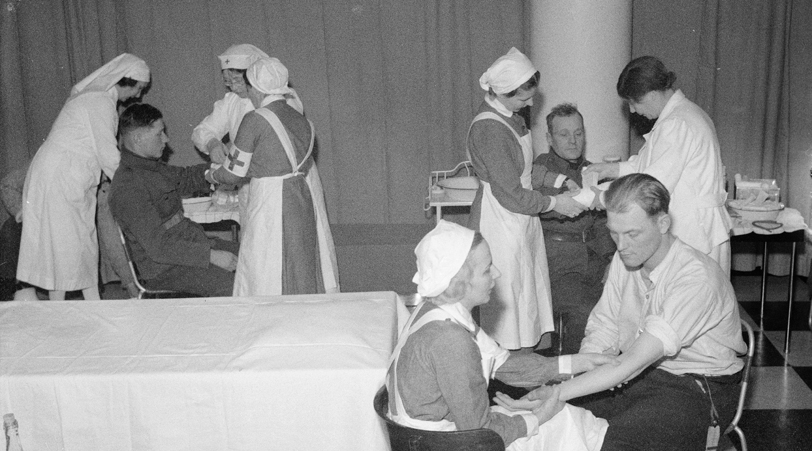 A hospital set up by the Finnish Red Cross in Hotel Pohjanhovi in Rovaniemi. Photo taken on 2 January 1940. SA-kuva.

At the start of the Winter War, there were 3,000 nurses in the Defence Forces’ hospitals 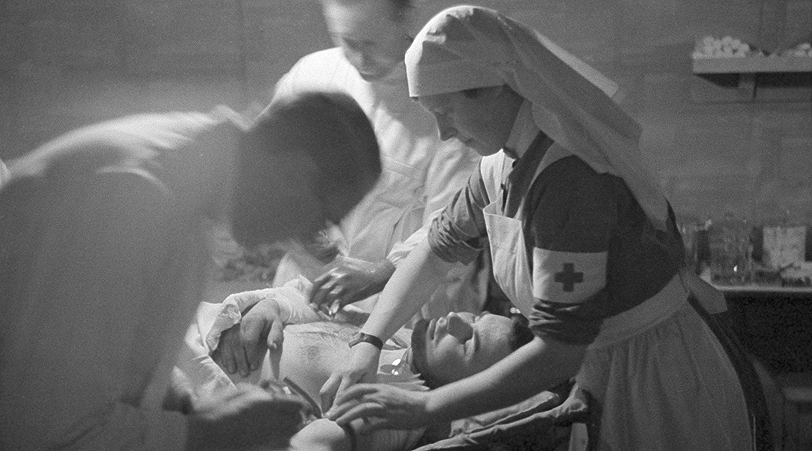 At the start of the Winter War, the Defence Forces had a total of 28,000 hospital beds at its own hospitals. The hospitals employed approximately 3,000 nurses. At the end of the Winter War, the number of nurses employed at the Defence Forces’ hospitals was 5,500. Some of the nurses simultaneously worked as Lottas. Nursing Lottas worked as nurse assistants. The majority of them had completed short first aid training organised for Lottas. Relatively few had completed the longer six-month course. Twelve nurses were killed during the Winter War.

Foreign medical formations of the Red Cross arrived in Finland 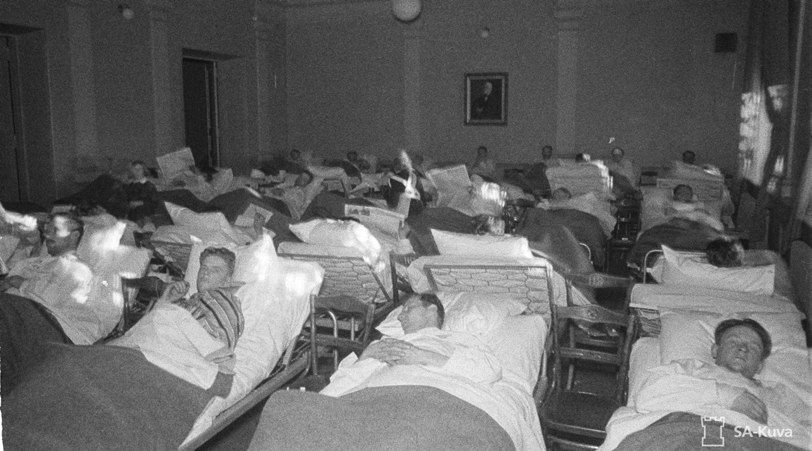 A patient room in a hospital established in Savonlinna by an ambulance of the Swedish Red Cross. Date unknown. SA-kuva.

Soon after the start of the war, foreign medical formations referred to as ambulances arrived in Finland. They were sent by the Red Cross organisations of Sweden, Denmark and Norway, among other countries. The medical formations included professional personnel who usually set up a field hospital. It was also equipped with ambulances.

The medical formations of the Red Cross organisations of the Netherlands, the United Kingdom, France and Switzerland did not arrive in Finland until after the end of the war.