The development of forest warfare skills started in the 1920s. In line with European views, Finland initially considered forest warfare as fighting in extraordinary conditions. The initial main focus of the trial operations was on winter conditions. Taking the Finnish conditions into account led to the development of important equipment in particular. A marching compass was developed to facilitate navigation in a forest. A field kitchen, sledge, army-issue skis and a heatable tent were developed to facilitate operations in a forest in winter. 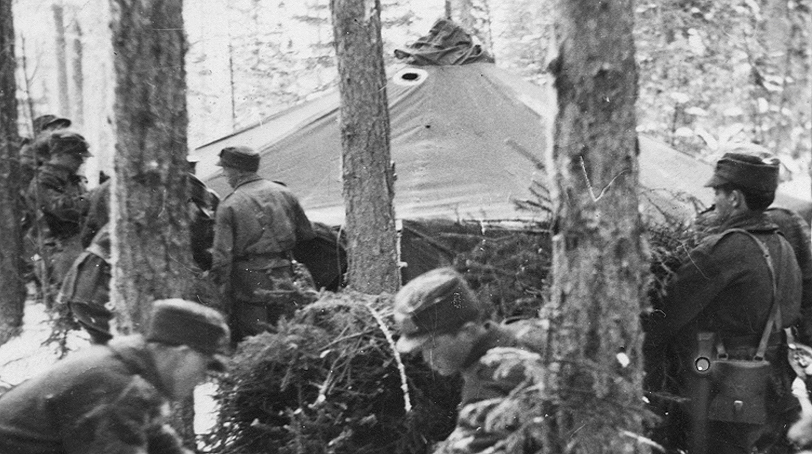 Civil Guards at a guerrilla camp. In the background, a heatable m/36 tent. Image: Military Museum.

In 1923, the army launched large-scale trial operations related to winter warfare. A year earlier, everyone included in the authorised personnel strength of the peacetime infantry regiments and Jaeger battalions had been issued skis. The field kitchens were developed in the 1920s. The use of compasses was deemed necessary when moving in forests. A Finnish marching compass was developed at the armed forces’ request. Forest warfare trials were continued in the 1930s. They resulted in the development of sledges and the heatable m/36 tent, among other things, as well as the adoption of winter uniforms. 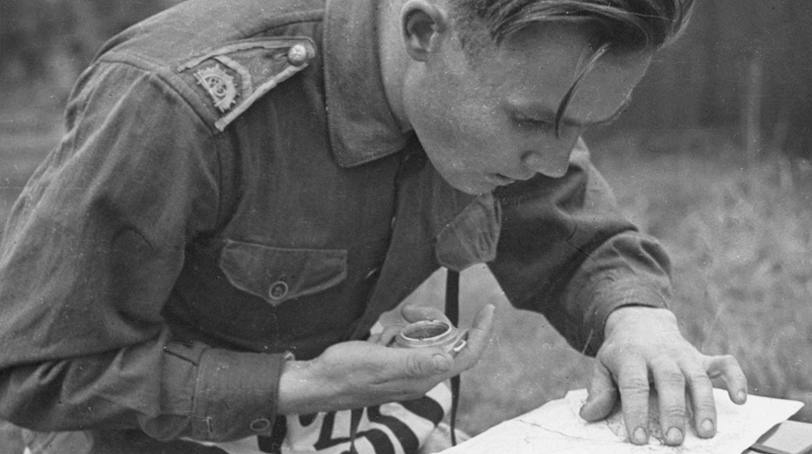 A cadet at an orienteering competition, holding a marching compass in his hand. Image: Military Museum.

Forest warfare was initially considered to be fighting in extraordinary conditions

In favour of forest warfare skills

More and more writings on warfare in the 1930s stated that forests were a suitable offensive area for Finnish troops. Major K. Savonius (later Savonjousi) gave a presentation in the Finnish Society of Military Sciences in 1934 on the topic of ‘Making our Army unique’. In his opinion, Finnish troops had to be trained to advance unerringly even in dense forests. Savonius thought that the troops’ equipment should be developed to be suitable for operating in forests.

Not all officers approved the relocation of the offensive into a forest. Leading the troops and coordinating infantry movements with artillery fire would be difficult in a forest. Those in favour of forest warfare admitted these difficulties and stated that an offensive battle would be easier in open terrain. However, open terrain would favour the side with superior material power, i.e. plenty of artillery, mortars and tanks.