Withdrawal to the new border in 1940

The peace treaty signed in Moscow was dated to the previous day, i.e. 12 March 1940. It came into effect at the front lines at 11am on 13 March 1940. At the time, the forces of the Coastal Group were 15–20 kilometres, the II Corps 20–30 kilometres, the I Corps 30–50 kilometres and the III Corps 60–100 kilometres east of the new Finnish–Soviet border, in the area that was ceded to the Soviet Union.

The order to retreat to the new border was issued on 13 March. 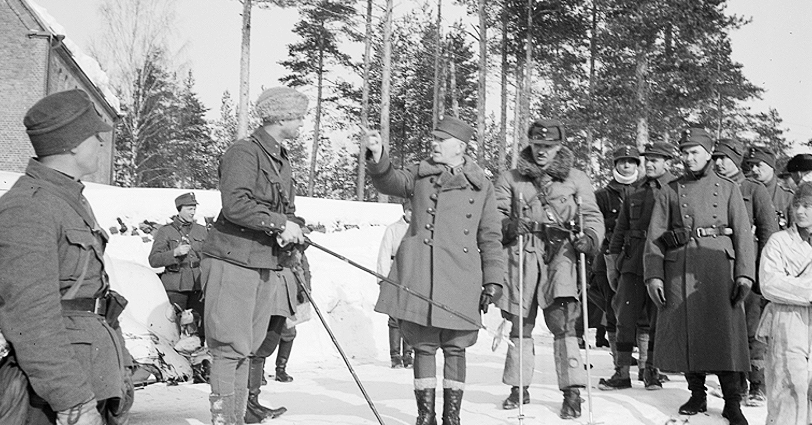 The 3rd Cavalry Corps (3 CaC), subordinated to the Northwestern Front by the Stavka, was concentrated in the area west of Koivisto (Primorsk) by 11 March. The army corps did not manage to participate in any military operations during the war before the peace treaty came into effect.

The map above indicates the general withdrawal lines of the main forces of the Coastal Group, the II Corps (II C), the I Corps (I C) and the III Corps (III C). The rearguard protected the main forces’ retreat, following approximately one day’s march behind them.