In December 1939, the Lapland Group stopped the advance of the enemy forces that had captured Salla in Pelkosenniemi and Joutsijärvi. The Finnish forces achieved a victory in Pelkosenniemi that led to the withdrawal of the Soviet forces. In January, the Soviet forces also withdrew from Joutsijärvi. One of the Soviet divisions that had arrived in the Petsamo area began to advance towards Nautsi. An under-strength Finnish battalion slowed down the advance of the Soviet division, which fought its way to Nautsi during the war.

Jaeger Officer, Major General Martti Wallenius, who had been called to service from the reserve, took up the duties of the commander of the Lapland Group in Rovaniemi on 13 December 1939. The group was simultaneously transferred from under the North Finland Group’s command and made into a command echelon directly subordinate to the General Headquarters. Jaeger Officer, Lieutenant Colonel Oiva Willamo, who had commanded the group until then, was reassigned as Wallenius’ deputy.

A rifle division attacked in the Salla area

The 122nd Rifle Division (122nd RD) of the Red Army attacked in the Salla area. It was commanded by Colonel Pyotr S. Shevchenko. More rifle divisions were being concentrated in the area. The plan was to form a corps from these two divisions. For this purpose, the 9th Army transferred a corps headquarters to the Salla area in December.

After the arrival of the new division, the corps was to prepare to defeat the Finnish forces in Kemijärvi and afterwards continue their advance to Rovaniemi. The first parts of the 88th Rifle Division, which was concentrated in the Salla area from Arkhangelsk, did not arrive there until January. The division’s concentration lasted until the end of the Winter War.

Detachment Pennanen, an under-strength battalion, was deployed in the Petsamo area 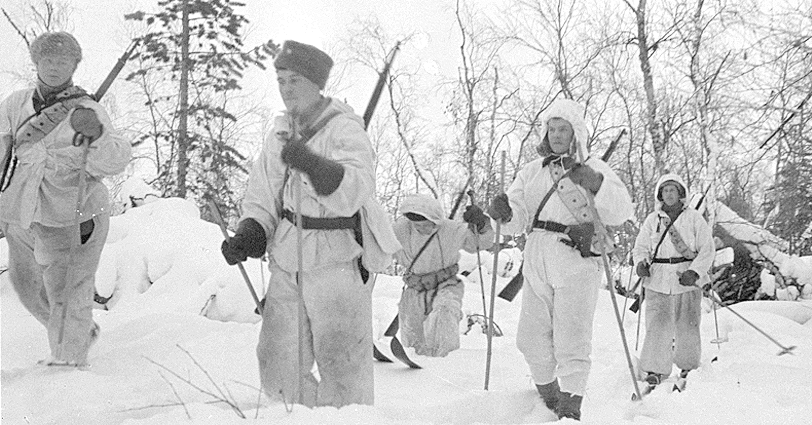 In the Petsamo area, Detachment Pennanen (Det Pennanen), a unit under the Lapland Group that was approximately one battalion, fought a delaying action against an enemy force consisting of approximately one rifle division (52nd RD) at Salmijärvi (Salmiyarvi) on 14 December. The mountain division (104th MountD) that had invaded Petsamo at the start of the war had by then been transferred to protect the coast.

Troops from the Kuusamo area were transferred to the Suomussalmi area

In contrast to the Finns’ assumptions, only a small number of enemy troops operated in the Kuusamo area. The separate battalion (16th SepBn) that was deployed in the Kuusamo area had been transferred to the area of the North Finland Group, the Lapland Group’s neighbour to the south, as reinforcements for the forces deployed in the Suomussalmi area. A reinforced separate company (SepCo Seppälä) was left in charge of defending Kuusamo.

In the area along the Salla–Kemijärvi road, Detachment Roininen was forced to continue withdrawing despite having received reinforcements. In mid-December, battles were fought on the east side of the village of Joutsijärvi, along the road leading to Kemijärvi. The Soviet mountain rifle division (273rd MountRD) that attacked along the road leading from Salla to Savukoski approached Pelkosenniemi.

An infantry regiment and battalion were subordinated to the Lapland Group

On 13 December, the General Headquarters notified the new commander of the Lapland Group, Major General Wallenius, of an infantry regiment (40th IR) and two battalions

(VIII/FRBde and IX/FRBde) of the Field Reinforcement Brigade that were being transferred to the group as reinforcements. These reinforcements came from the Home Troops.

A victory was achieved in the Battle of Pelkosenniemi

After capturing Savukoski, an enemy mountain rifle regiment supported by artillery continued advancing towards Pelkosenniemi, from where it intended to advance to Kemijärvi. The Finnish infantry regiment (40th IR) that was commanded by Major Armas Perksalo and concentrated in Pelkosenniemi was tasked with defeating the enemy forces that had advanced to the front of Pelkosenniemi. The offensive started on the evening of 17 December. The battle between the equally matched forces was resolved in favour of the Finnish forces with an encirclement attack to the enemy’s rear on 18 December. The enemy forces started to withdraw from Pelkosenniemi on the late evening of 18 December.

On the Salla–Kemijärvi road, the enemy’s advance was stopped in Joutsijärvi 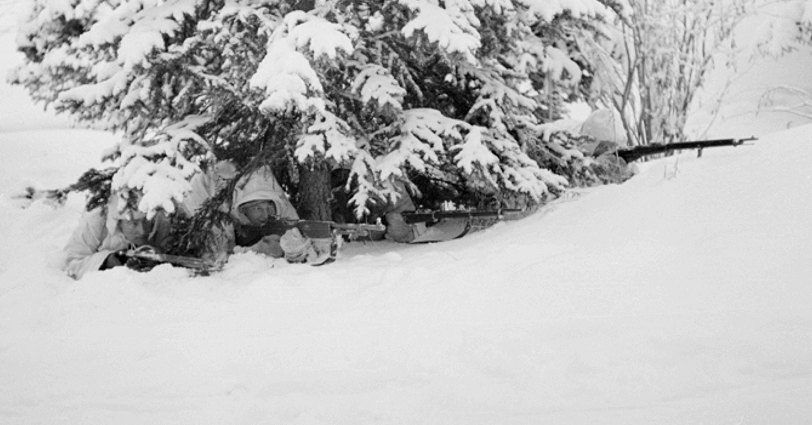 Soldiers of the Joutsijärvi area in position for the photo, 3 January 1940. SA-kuva.

A day after the end of the Battle of Pelkosenniemi, a resolution was also reached in the focus area of the Red Army’s 122nd Rifle Division on the Salla–Kemijärvi road. Detachment Roininen stopped the enemy’s advance for good in Joutsijärvi. The Battles of Ahoniemi and Mäntyvaara ended in the success of the Finnish forces in December 1939, but the counteroffensive in January 1940 failed. Soon after, the enemy started withdrawing to Märkäjärvi at the order of the Stavka, the Main Command of the Red Army. This decision was based on the loss of two Red Army divisions that had been cut off in the Suomussalmi area. 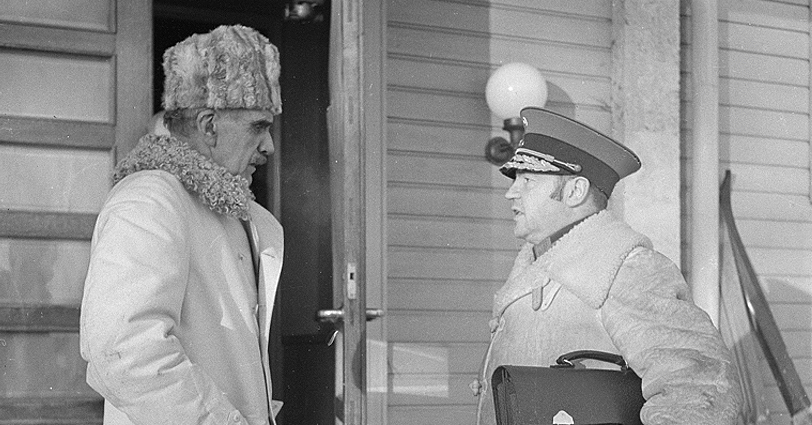 Lieutenant General Linder on the left and Major General Wallenius on the right. SA-kuva.

On 19 February 1940, the General Headquarters ordered the Svenska Frivilligkåren (SFK), which was formed mostly of Swedish and partially of Norwegian volunteers, to take charge of the front in the Lapland Group’s area. Subordinate to the commander-in-chief, Group Svenska Frivilligkåren (Group SFK) was commanded by the Swedish Ernst Linder under the Finnish rank of lieutenant general. He had participated in the Finnish Civil War of 1918 and been promoted to major general of the Finnish Army at the time. Born in 1868, Linder had been promoted to major general in his home country, Sweden, in 1927 and to lieutenant general in Finland in 1938.

In the Märkäjärvi area, Svenska Frivilligkåren’s battle group Stridsgruppen Svenska Frivilligkåren started taking over the responsibility for the front with two battalions from Major Perksalo’s 40th Infantry Regiment on 25 February. The handover of responsibility was completed on 28 February. In addition to Perksalo’s infantry regiment, two battalions were also transferred from the Salla area to Vyborg Bay.