The Finnish defences held in Joutsijärvi, along the Salla–Kemijärvi road. The Lapland Group transferred more troops there from Pelkosenniemi. Soviet forces repelled the first Finnish offensive in January 1940. Soon after, the troops of the Soviet rifle division (122nd RD) withdrew to Märkäjärvi.

An enemy division attempted to continue advancing from Joutsijärvi to Kemijärvi in December. Detachment Roininen, commanded by Jaeger Officer, Major Vilho Roininen, repelled all attacks. An enemy battalion advanced to the Finnish forces’ rear in Mäntyvaara on 20 December. Two companies from a Finnish battalion (17th SepBn) that had been transferred to the reserve from the front line had just arrived there. In the battle, which devolved into hand-to-hand fighting, the Finns forced the enemy forces to withdraw from the area. Approximately 300 enemy corpses were left in the area. On the Finnish side, 17 men were killed. 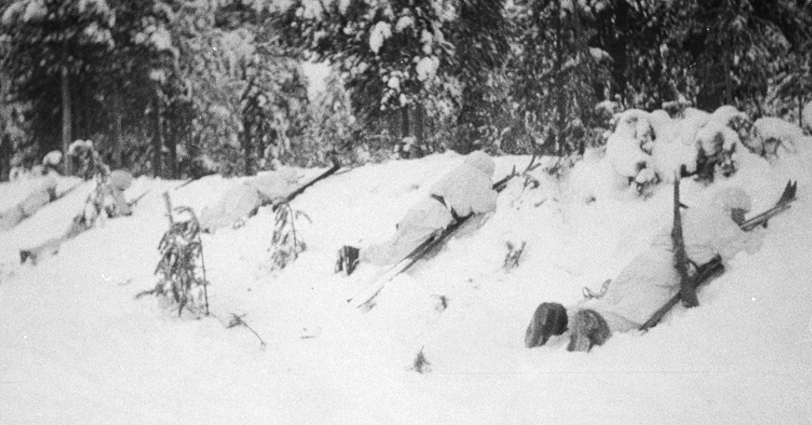 A ski patrol in position in the Joutsijärvi area on 18 January 1940. SA-kuva.

The Salla front in January 1940

The Lapland Group tried to break the enemy’s defence with the troops it had deployed in the Märkäjärvi area. The enemy forces held their positions. The front lines stabilised at Saija and Märkäjärvi until the end of the war. The bulk of the force was deployed in the area along the Märkäjärvi–Kemijärvi road, where Detachment Roininen and Perkiö’s infantry regiment (40th IR) took turns being in charge of the front. One separate battalion (17th SepBn) was deployed to the road leading south from Märkäjärvi, south of Pyhätunturi.

Both battalions of the battle group comprised three rifle companies, a Jaeger company, a heavy company, a battery, a ploughing platoon and a logistics column. The battery was armed with four 75 mm model 1902 field guns. The actual strengths of the battalions ranged from 1,200 to 1,380 men. The rifle companies included three rifle platoons and an anti-tank platoon, among other units. The actual strength of a company included 248 men, 27 vehicles, 20 horses and 10 sled dogs, among other things. The actual strength of a Jaeger company was 168 men. A heavy company was armed with heavy machine guns, anti-tank rifles and light mortars, among other things.

The 1st Battalion of the battle group took up the positions vacated by the Finns along the road. The battle group’s left flank was protected by the 2nd Battalion, which was deployed as a reserve on the north side of the road while being one company short.

The battle group saw limited action in Märkäjärvi. The volunteer group suffered its first two fatalities on 1 March. One of them was Lieutenant Colonel Dyrssen, who was killed by enemy artillery fire while inspecting the fortification at the front line. During the little over two weeks that the volunteer force of over 2,500 men served at the front, it suffered the loss of approximately 70 men, of whom approximately ten were killed by enemy fire on the last day of the war on 13 March 1940.

In accordance with the peace treaty signed in Moscow on 12 March, Salla was left on the east side of the new national border. Märkäjärvi became the new Salla. 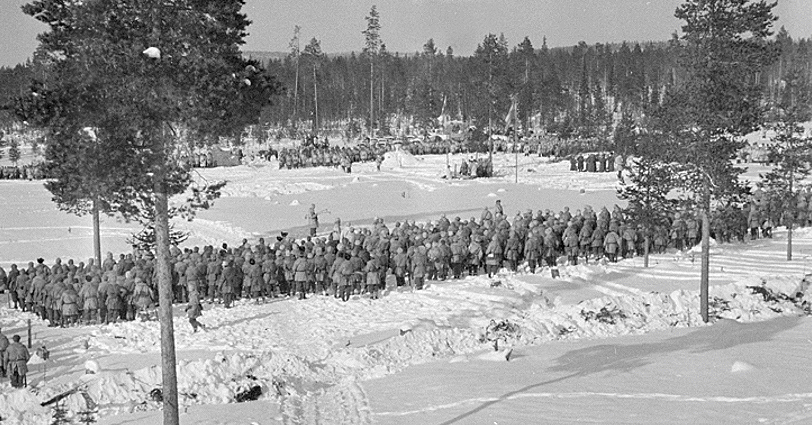