At Tolvajärvi, Detachment P, which was subordinate to Paavo Talvela’s Group T, defeated an enemy rifle division on 12 December. Detachment P was commanded by Lieutenant Colonel Pajari. The victory achieved in Tolvajärvi was the first major Finnish victory of the Winter War. Soon after the victory, the commander-in-chief promoted Talvela to major general and Pajari to colonel.

The forces deployed in the Tolvajärvi area were reinforced in the first days of December to comprise three separate battalions (9th SepBn, 10th SepBn, 112th SepBn) and a bicycle battalion (7th BiBn), among other units. Additionally, there were two field artillery batteries (9th Btry/13th FAR and 5th Btry/12th FAR) in the area. The reinforcements were insufficient. The Finnish forces were unable to stop the Soviet division’s offensive.

One infantry regiment (16th IR) and one artillery battalion (III/6th FAR) from the 6th Division, which had been deployed in the Taavetti area as the commander-in-chief’s reserve, were relocated to the Tolvajärvi area. As requested by Talvela, the regiment was commanded by Lieutenant Colonel Aaro Pajari. He would later serve as commander of Detachment P in the Tolvajärvi area. 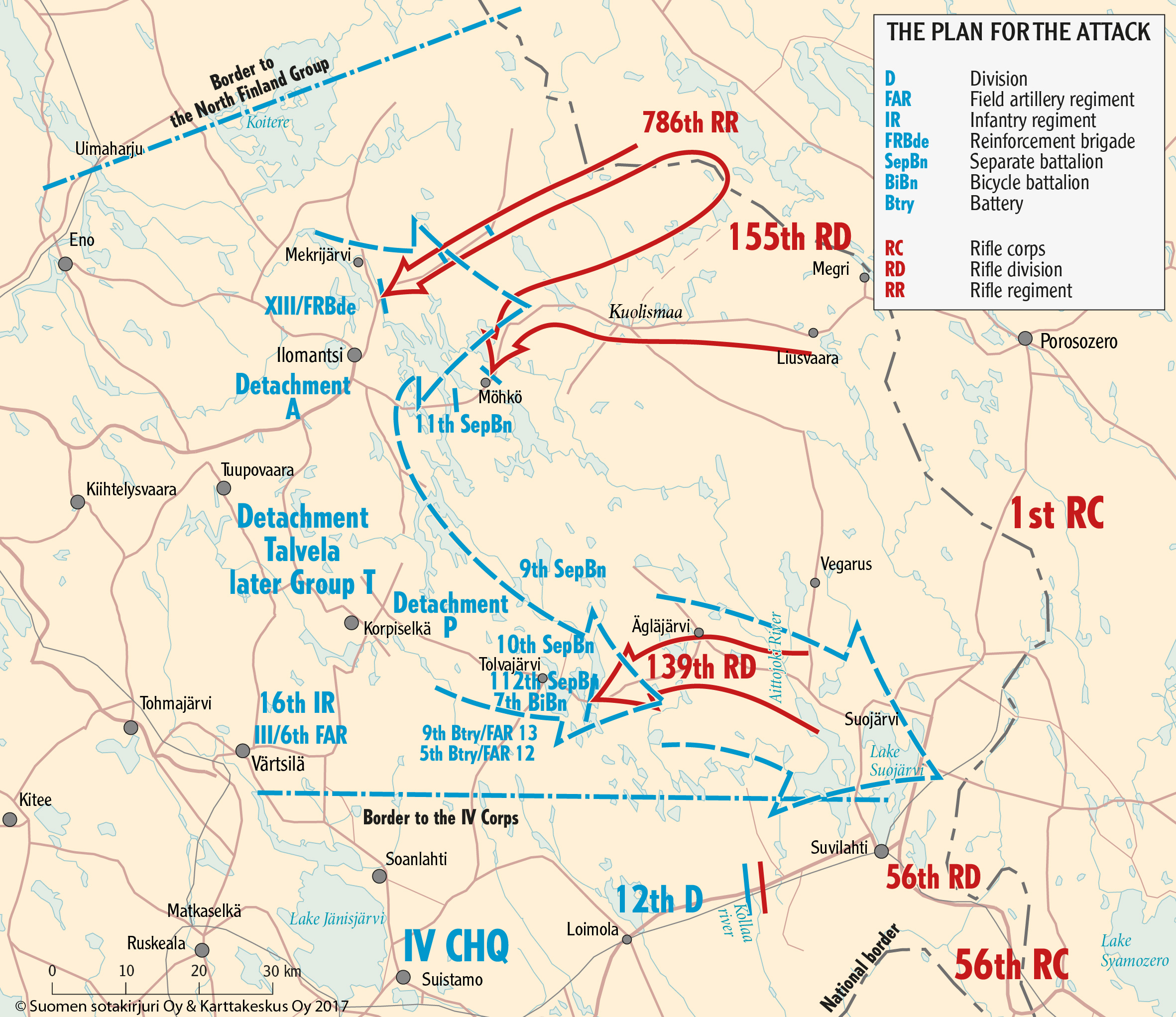 Upon arriving in the vicinity of Tolvajärvi, the 139th Rifle Division, commanded by Brigade Commander Nikolay I. Belyaev, was ordered to finish destroying the Finnish forces stationed in the Hirvasjärvi–Tolvajärvi area and continue advancing to Korpiselkä. On 8 December, the division launched an attack and captured the eastern shores of Lake Tolvajärvi and Lake Hirvasjärvi.

The offensive by Detachment P led to a major victory

A new offensive by Belyaev’s rifle division was planned to be launched on 12 December. Detachment P launched its own attack the same day, achieving a major victory.

Lieutenant Colonel Pajari reported to Talvela on the day’s battles at 5pm on 12 December as follows:

“Today, I have attacked and defeated the enemy in Tolvajärvi, and the enemy has retreated with heavy losses to the east. The encirclement of the northern wing failed, but the attack was successful, primarily thanks to the southern flank, which captured Kotisaari, and also because of the centre’s resilient invasion of the Tolvajärvi Isthmus. As a result of my deploying the majority of my reserves to the battle at 1pm in order to break through the enemy’s centre, the enemy’s defences fell apart and all enemy forces began to retreat. The battle was extremely hard and wearing on all my troops, so the losses were also considerable.”

Having been about to launch its own attack, the 139th Rifle Division began a disorderly retreat from its positions after the Finnish forces launched their offensive. The division’s units were assembled in the general area of Ristisalmi, where the troops were grouped into defensive positions.

After the success in Tolvajärvi, Detachment P continued advancing towards Ägläjärvi after a day’s rest on 13 December. The detachment’s troops fought several running battles against the retreating Soviet forces. The advance to Ägläjärvi took five days.